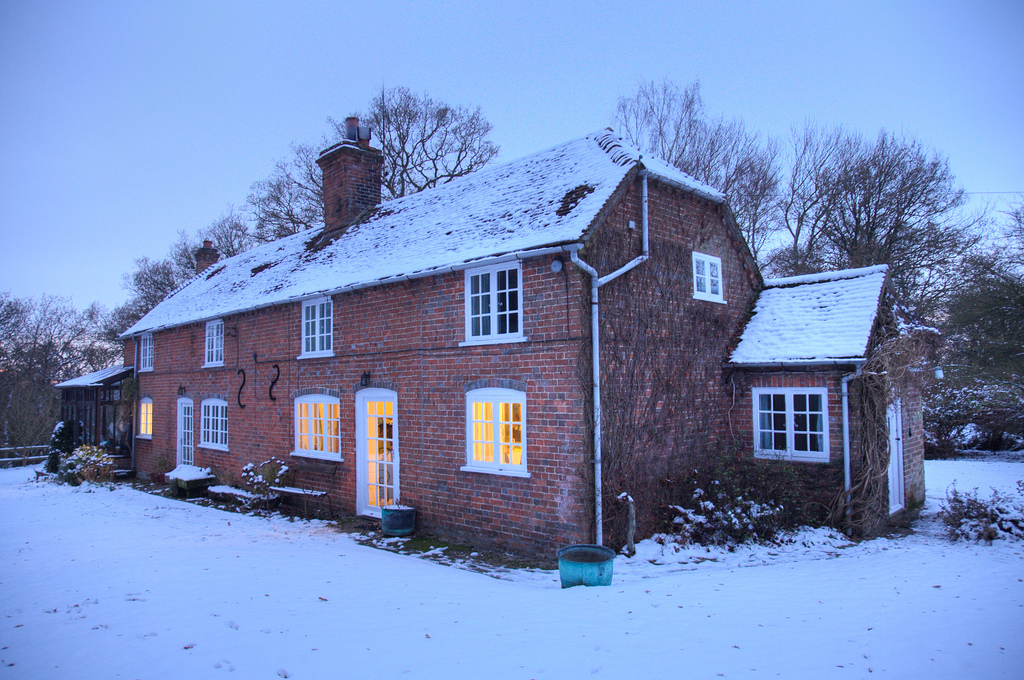 There was once a family who lived in a big house on a big hill on a big farm. It was a happy house, full of love and joy: it was warm, cosy, and had splendid views of the surrounding countryside. Sunny mornings brought light in through the family’s large bi folding door installed by Multifold Doors. Every Christmas, the winter sun would shine in through the windows and cover the dining room in a magical sparkle whilst everyone remained snug. It was perfect.

However, the big house had not always been like this. Before Multifold Doors came and installed the bi folding doors for the family Rooge, the house was cold and full of draughts. Mrs Rooge hated eating at the cold dining table and the children couldn’t play in the playroom. One evening, as Mr Rooge was turning off his bedside light, he felt a strong gust of wind come into his bedroom.

Mr Rooge awoke and looked at his clock only to see he had been asleep for no more than an hour, even though it had felt like ages. He sat up and stretched, cracking his back, when a low voice said from the corner of the room in a well-spoken manner: “You know you really shouldn’t do that.” Mr Rooge turned to look at the direction the voice was coming from only to be met with a face inches away from his. The man was pale and dressed for a dinner of some sorts. Mr Rooge reached for him but went straight through and ended up face first on the floor. “I am the Ghost of Christmas Drafts and I’m here to show you where you’ve gone wrong when looking after your windows.” Mr Rooge was shocked but took the ghost’s hand as they flew through the windows to look at the house of his former business partner, Robert Arley. “Do you remember how cold Mr Arley’s house was?” The ghost said. “In the entire time he lived there he never improved the insulation in that house, especially the windows, which is where a house looses so much warmth.” The Ghost of Christmas Drafts floated with Mr Rooge. Now let’s travel somewhere closer to you. The ghost and Mr Rooge flew through a winters night all the way back to his house. “Now look at your children: sleeping with socks on, why is that?” The spectre said whilst they hovered above the children’s bedroom. “It’s a very cold night I suppose.” Mr Rooge said cautiously as he gripped on to the ghost. “Were you cold in bed? You probably want to say ‘No’ because your room doesn’t have a draft. Look at this.” The Ghost of Christmas Drafts swept his hand over the children’s bedroom and instantly a green flow could be seen going straight into the room, almost like some sort of gas. “I have revealed the airflow of cold night air; will you now do something about it?” Mr Rooge was not convinced and so the ghost took him downstairs where there was a vision of his wife trying to relax but she had a heater on, was sitting under a blanket, and was wearing a big jumper to be comfy. “Now look at all the draughts covering your wife, Mr Rooge. Do you want to help her?” Mr Rooge had finally realised his problem. “So what do I do now, spectre? How do I help my family?” The Ghost of Christmas Drafts said two words to Mr Rooge that would change his life forever: “Multifold Doors”.

Mr Rooge woke up, rubbed his eyes and remembered he had had the strangest dream. He sat up and cracked his back, and then a voice interrupted: “Good God, lad, what the hell are you doing? You’ll snap ya spine doing that.” Standing in the light of the moon was a burly man wearing a dressing gown, speaking in a booming Yorkshire accent. “Who are you? What are you doing here? Are you another spectre?” Mr Rooge said, backing away slightly from the tall figure. “I am the Ghost of Windows Yet to Come.” The huge Yorkshire man said as he grabbed Mr Rooge, sped out of the room and up the chimney. “So, Mr Rooge, we are at the highest point of your house. If you had Multifold Doors bi folding doors where would you put them first?” Mr Rooge looked down on the house and said, “There, the kitchen.” The ghost took Mr Rooge in his arms and like a giant leaped down to the kitchen landing softly on the grass outside, barely bending a blade. The two looked at the doors that were present. Beautiful modern grey bi folding doors stretched from one end to the other end of the wall. The Rooge family inside looked cosy and warm, not having to wrap up in layers. The doors looked solid and secure, unlike the previous doors in the kitchen. It was now far more of a family area where people would want to spend time. Mr Rooge watched with delight at his wife who seemed to be cooking some sort of warming Christmas dish. The ghost turned on the outdoor lights to see the winter wonderland of a garden all frosted over showing a panoramic view. The house seemed like a place of happiness and the home of a loving family. Suddenly, the vision dissolved into thin air. Mr Rooge realised how people needed to care for old houses and, more importantly, that his was among them. The giant Yorkshire ghost picked up Mr Rooge and jumped back up, through the chimney and into his bedroom and set him down. The ghost then turned to Mr Rooge and said “Do you know what to do now?” Mr Rooge looked to his left to see the Ghost of Christmas Drafts. Both ghosts now looked at him, waiting for his answer. Mr Rooge paused before he said: “Well, I am going to install some doors and windows with Multifold Doors so that my family can be warm and happy.”

Multifold Doors came to Mr Rooge’s house as soon as he woke up the next day and installed top of the range Origin bi folding doors and aluminium windows for the children. Once the work was done, the house was warm, safe, and looked great. The family were happy and had the best Christmas they had ever had so far. 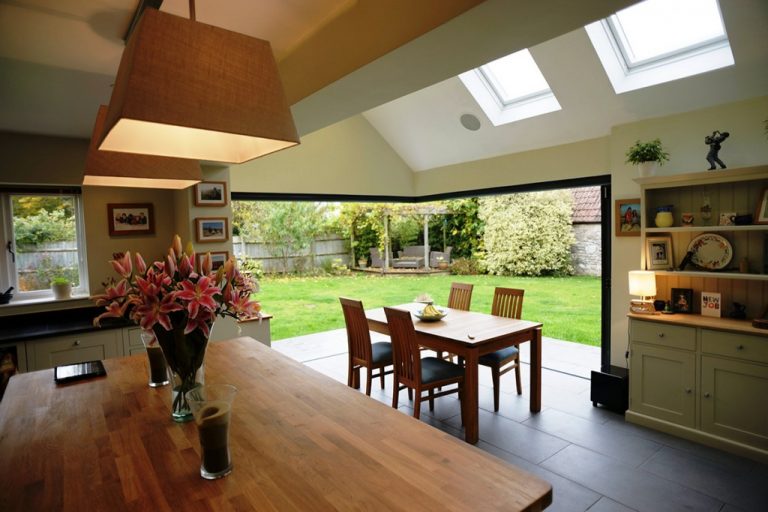 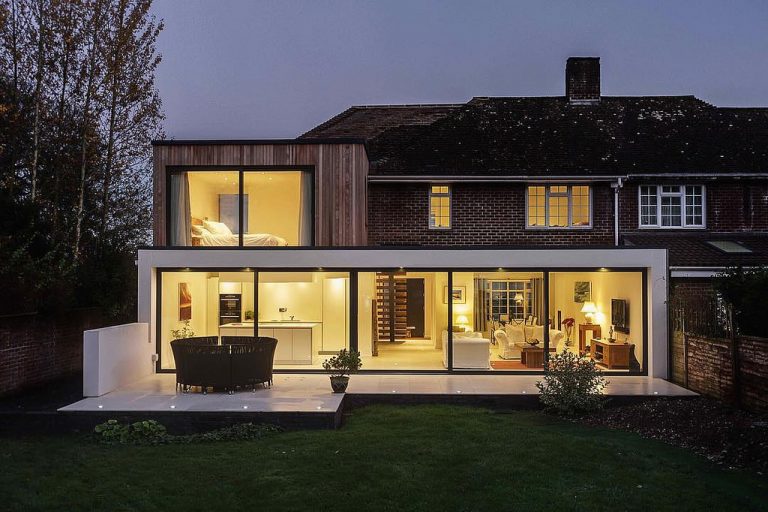 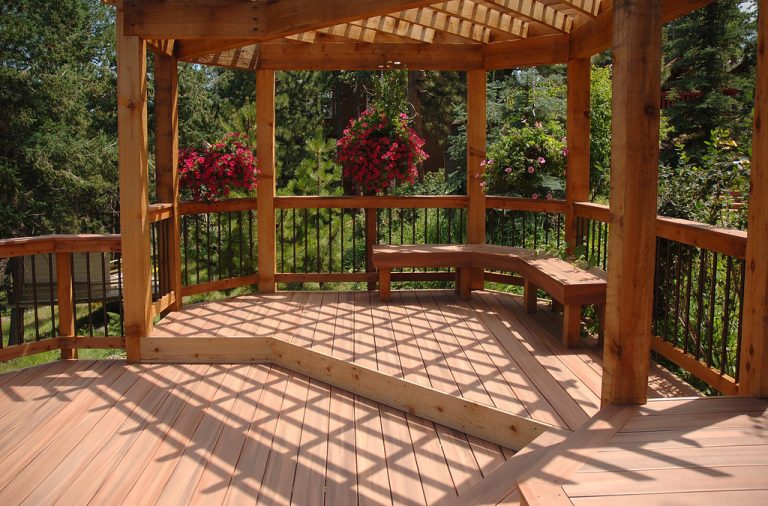 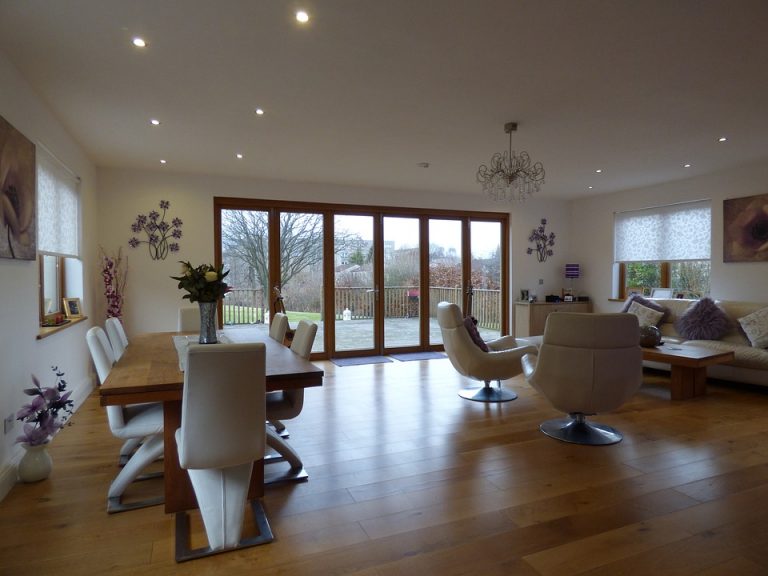 Will Bi-fold Doors Suit the Style of My Home?
Folding Doors, Uncategorized 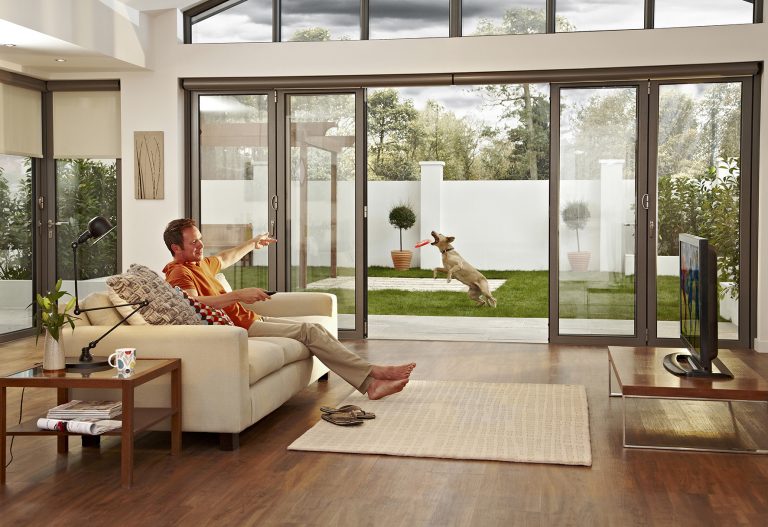 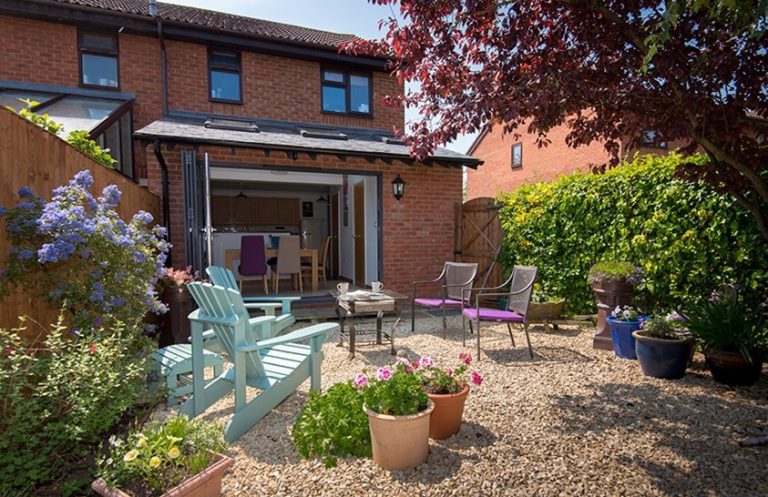 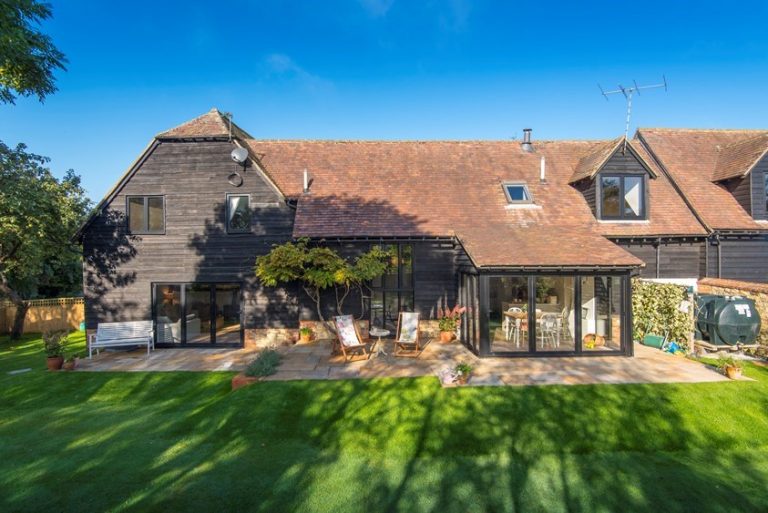 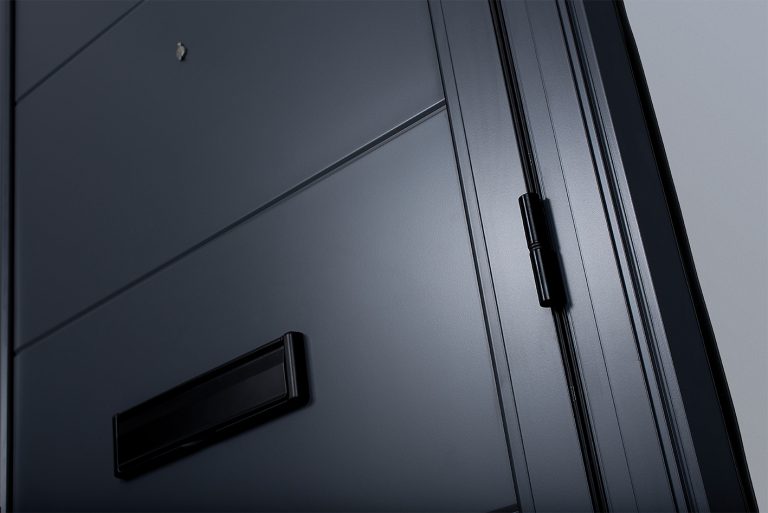 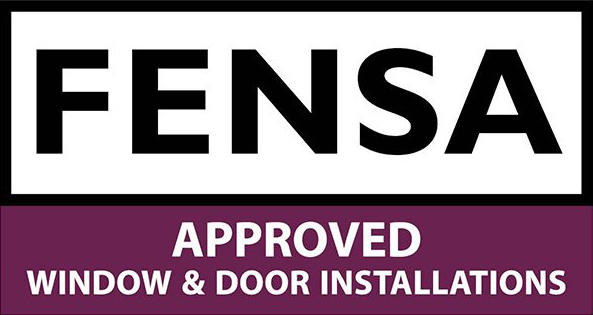 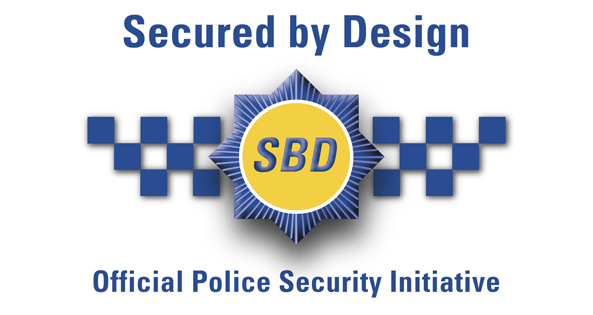 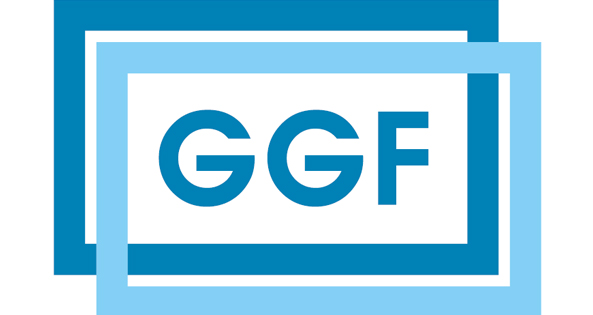 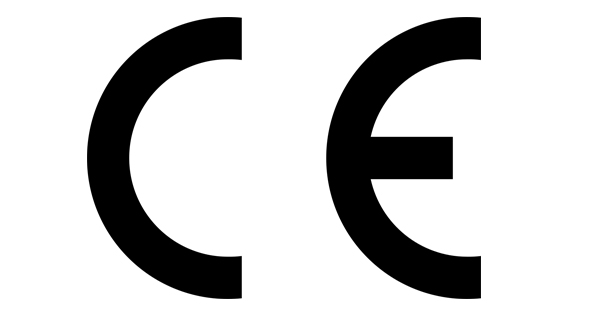